February 10, 2015
Uncategorized
Off
On February 9th StoM’s partner Net7 participated at the 3rd DBpedia Community Meeting, held at the Trinity College in Dublin. 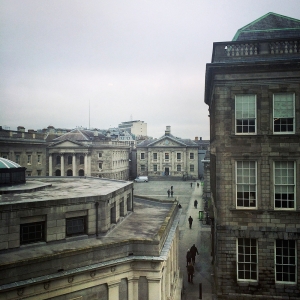 It has been a full day immersion on DBpedia where all major stakeholders were involved, including institutions and private companies that contribute to the DBPedia project. It has been a good chance to understand in which directions the DBpedia project is going to and what will be its next developments.
In the afternoon Net7’s Giulio Andreini has presented Pundit, the semantic annotation technology that is being used in the StoM’s product PunditBrain.
With Pundit it is possible to create semantic annotations in which text is linked to DBpedia resources.
StoM has been also mentioned as one of the most important project in which Pundit is used.
Click here to see slides